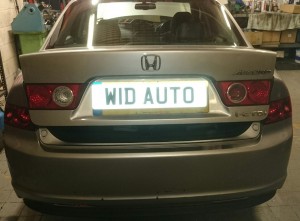  Into our workshop this week was this Honda with a parasitic drain which was switching between 200 ma and 400 ma at regular intervals. The first thing we had to do is to find which circuit the discharge was on. Once this was found by checking which fuse when removed made the discharge dissappear, we had to trace all the components on thus circuit.

Due to the nature of the discharge we didn’t suspect wiring as these type of discharges tend to be more erratic. So we started the process of disconnecting the various components. When all the components were disconnected the discharge was still present. But through experience we knew that one of the systems on the circuit which was the Stereo/satnav system would also have Bluetooth capabilities and the module for this was buried behind the dashboard. When we eventually got access to it, it was warm to the touch even though the car had been off for a while. The component was disconnected as the customer had no use for it, the car reassembled and a happy customer picked up the car knowing his problems had been sorted. 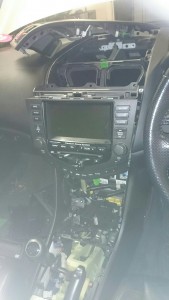 The Bluetooth module was buried deep behind the centre console.