Into our workshop came this connect that after being left for a couple of weeks wouldn’t start. A new battery had already been tried but problem remained. A code read revealed ecu processor internal faults so the ecu was accessed and removed 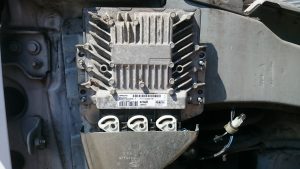 The ecu was opened to check the pcb

Once apart the fault was obvious 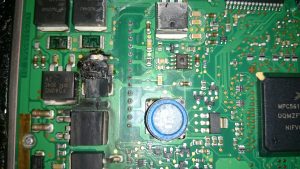 This is unrepairable and a new one expensive. So a 2nd hand unit was sourced and fitted. With the correct equipment this was done quickly. 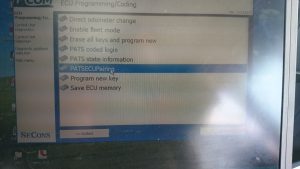 The Ford immobliser system known as PATS has to be matched in the ecu and instrument cluster. To do this you need to access security in the cluster for which you need a code. 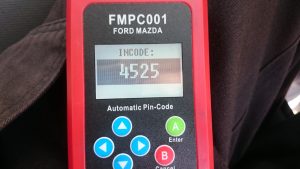 The vehicle gives you an outcode and this equipment gives you the incode response. When entered diagnostic equipment then matches ecu to cluster and vehicle started straight away.