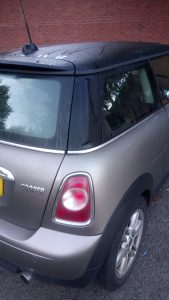 Into our workshop was this Mini which had been recovered from another garage (BMW specialist) which had failed to fix the car after having it over 2 months!! 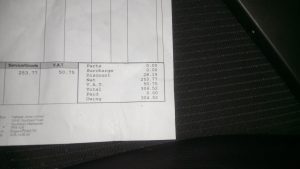 The problem with the car was ABS, traction light on and the steering lock inoperative. The previous garage as can be seen have tried fitting a new cas unit and then apparently 3 more(there were a total of 5cas units in vehicle)!! 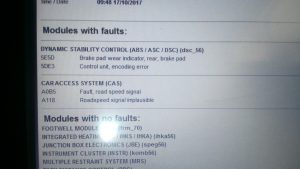 The fault codes show faults in CAS and ABS modules. We coded in both modules correctly, this still left speed signal faults.

In live data the CAS unit thought car was moving even when stationary. That is why steering lock was not operating.

The CAS unit we know can think this if there is a wiring issue between itself and the ABS module. So examining wiring diagrams we can trace the loom and a broken wirer was found. A simple repair and the customer had car back the next day.