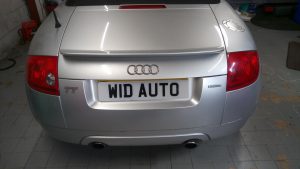 This Audi was towed in as a non runner,the customer saying he thought it was a immobiliser problem. We checked for spark, that was OK. We checked fuel at the rail OK. We checked compression and air, again both OK. So if all things needed to fire are present was it timing? As we checked the fuel it didn’t seem quite right. We decanted some and found this 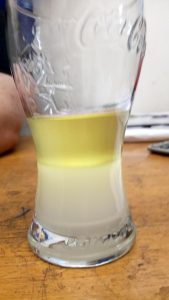 Water in the fuel. Next we had to find out why it was there. Bad fuel from a station? Leaking fuel system? After talking to the customer he said it had been laid up for months and on examining the fuel cap which on these cars is on top of the wing if had water damage in it 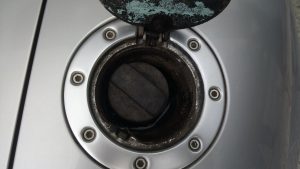 So we powered up the fuel pump to drain the system, ran some fresh fuel through and drained again, fitted new filter. Finally filled her up and ran the engine.