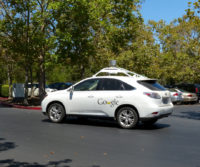 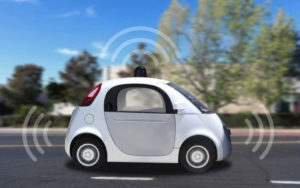 The Future of Artificial Intelligence Artificial intelligence is certainly the future of the transport industry but questions remain about who will be present to take the onus of responsibility if things began to go haywire.

Less than a decade ago drivers around the world wouldn’t have believed that things like automatic park assist or automated headlights would be here today.  These mechanical innovations along with numerous others have made it easier and safer for driving while removing the stress of this task at the same time.

The second stage of automotive innovations does not simply involve mechanical improvements. The time has now arrived to witness cars with brains of their own. Dramatic leaps have of late been made in artificial intelligence [AI] and you simply need to scan the headlines to find numerous examples of artificial intelligence in practice.

Things have changed by a large extent and every stakeholder or technocrat in the automotive industry is looking forward for a way to capitalise on artificial intelligence. IBM has collaborated with General Motors and Google Waymo may be just months away from inviting passengers to use the first driver-less ride-hailing service in the world.

Things are not just going to stop with driver-less cars. They are certainly receiving plenty of attention but it is just one of the many uses of AI in the car industry. If you are looking for more information about how artificial intelligence will be used this article will be taking a closer look at the AI automotive industry trends to understand the factors that are fuelling this explosive market.

It is estimated that by the end of next year approximately 10 million autonomous cars will be on the roads. Quite a few models of these cars have already been introduced with various features.  Self-driving cars fall into two categories which are semi-autonomous and fully autonomous. Fully autonomous vehicles can move from point A to point B without any intervention being needed from the driver. On the other hand, a semi-autonomous car is a vehicle with features which allow it to accelerate, steer the course of the car, and brake with minimum or no interactions from the driver.

A note of caution… In 2016 we witnessed the highest number of fatalities on British roads in the last five years. It is estimated that with congested roads and long commutes self-driving cars could potentially help to make the roads safer. Research conducted by KPMG discloses that fewer deaths will be recorded between the years 2014 and 2030.

Cameras, software and sensors are now making it possible for cars to absorb data around them for learning and responding appropriately. From 2009 the self-driving car from Google, Waymo has allegedly absorbed information of up to 300 years of driving experience.  Before this technology is introduced to mainstream customers with the promise of safer roads and stress-free driving there is a need for costs to be reduced and regulations to be clarified. Additionally, further testing is certain to reveal safety concerns which are unique to this fresh technology.

Having a super artificial intelligence brain in your car may sound comforting but if failures are noticed because of poor quality mechanical centres then artificial intelligence will not receive the information it needs to prevent accidents. One needs to understand how many precautions will be needed and how frequently should checks like MOT be conducted on these technologies before they are fully introduced into the market.

Estimates have been provided by the Road Haulage Association there is a shortfall of 60,000 drivers which is increasing annually because of an ageing population along with the recruitment limitations being imposed by Brexit. It is under these conditions that the information about autonomous trucks which could soon be on the roads be welcomed by companies in the business and drivers who are presently overworked and turning away from work.

A fully autonomous truck with 18 wheels was tested in America recently. The truck was not entirely driver-less but it could maintain consistent speeds, a safe distance from other vehicles, remain in the selected Lane and slow down or stop according to traffic and road conditions.  This option not only allows drivers to optimise their time on the roads but also handles logistical tasks like scheduling and rerouting. It also improves safety and communication via connectivity and integration.

Uber’s self-driving truck underwent a 120-mile journey in 2016 to deliver 50,000 beers. In the UK self-driving platoons are undergoing testing with the expectation that when they are implemented they will ultimately reduce emissions of carbon dioxide while improving efficiency.

Analysts within the industry are estimating that by 2020 approximately 250 million cars will be connected opening up the entire world of connectivity capabilities both for manufacturers and drivers.  The connectivity to cloud-based platforms will enable drivers to:

The potential benefits mentioned above also have a few risks associated. We are all aware of how our PCs are susceptible to viruses, hacking and malware. Under the circumstances, the implications of high-tech cars must also be considered.  These developments are definitely promising to revolutionise the automotive industry. However, there is the small matter of understanding when humans should be controlling the vehicle or when they should defer to artificial intelligence for both efficiency and safety. Artificial intelligence won’t tire itself but could definitely make us complacent with the driving technologies like cruise control and automatic braking. The debate on this subject is ongoing.