Whats the future for the combusition engines in our cars and motor vehicles?

Whats the future for the combusition engines in our cars and motor vehicles? 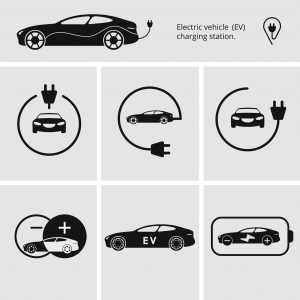 Are the combustion engines days numbered?  Is this the beginning of the end for the diesel and petrol engine?  Lets find out….

Significant gains in battery technology favour electric motors moving into the future.  Current electric cars, powered by lithium-ion batteries, can reach ranges of almost of 300 miles on a single charge Tesla fans recently drove a Model S more than 700 miles in one go.  Straight away this takes away the more recent questions and concerns around how far you can drive without needing to stop versus a diesel or petrol car.

Many thought leaders actually believe the “total cost of ownership” of an electric car will reach parity with a petrol one next year.  Predictions are being made that electric vehicles will make up 14% of global car sales by 2025.  Regulations are tightening, too. Last month the UK joined a lengthening list of electric-only countries, saying that all new cars must be zero-emission by 2050.

Electrification has thrown the car industry into potential chaos. Many leading brands are founded on their engineering heritage—especially in Germany. Compared with existing vehicles, electric cars are much simpler and have fewer parts; they are more like computers on wheels. That means they need fewer people to assemble them and fewer subsidiary systems from specialist suppliers.

While today’s carmakers grapple with their costly legacy of old factories and swollen workforces, new entrants will be unencumbered. Premium brands may be able to stand out through styling and handling, but low-margin, mass-market carmakers will have to compete chiefly on cost.  Ultimately, what this means is, new competition in the industry from players such as Apple and Google will drive the cost down, and through innovation, the quality of Electric vehicles up.

Driverless electric cars in the 21st century are likely to improve the world in profound and unexpected ways, just as vehicles powered by internal combustion engines did in the 20th. But it will be a bumpy road. Buckle up.  Follow our latest news to keep up with all the changes to the world of electric cars!