Dieselgate – You probably all know about the “dieselgate” or “emissiongate” scandal that began in September of 2015. It was found that Volkswagen was falsifying the amount of emissions of nitrogen oxides that their cars produced by programming TDI diesel engines to not show the true quantity of those polluting gases.

This situation affected 11 million cars throughout the world, with the majority of them being found in Europe (around 8,5 million vehicles were defective here). Until recent, these European owners did not have a solution for their problems, unlike the nearly half million owners in the US that already knew they were going to be financially compensated for their troubles. 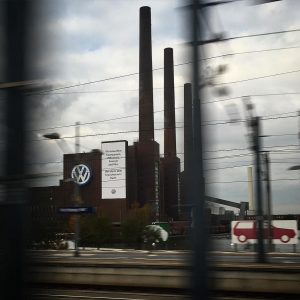 While in US things are getting resolved, only last month, during a meeting, Volkswagen board member Francisco Javier Garcia Sanz told that the company is going to warn, the costumers in Europe that need their car fixed, until the end of this year. Since the beginning of 2016 the company is working on finding a way to fix these cars. The repairs are based in adapting the engines with a “flow transformer” and a software update. However, for now, this will only fix one of the three type of engines that need to be fixed (1.2-, 1.6- and 2.0-liter diesel engines, being the 1.6-liter engine the one who is getting repaired).

Despite all of these efforts that are being unveiled, costumers in Europe aren’t very happy with, what they call, a differentiation treatment between the US and the European clients, since US clients already have a solution that goes through indemnifying them (they have a settlement plan that revolves around 15 billion dollars) and not having to deal with all of the waiting and worrying to get their cars repaired.

Nevertheless, Automotive News Europe, a weekly newspaper, reported that Volkswagen is planning to repair all the cars by the fall of 2017. European Commission claims they are doing all they can to assure that all owns that are affected by this situation are getting a solution, but until now only 10 percent of costumers impacted in Europe got their vehicles fixed. For now, the only thing that the 90 percent of owners that are still waiting for a resolution can do is wait and hope that all of this is going to be mended soon enough so they can continue with their lives.