The future of Electric Cars may be sooner than you think

The future of Electric Cars may be sooner than you think 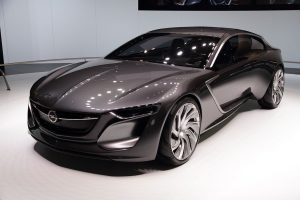 After many false dawns the electric car is finally making headway in replacing the internal combustion engine.

The future of Electric Cars – A recent update by Transport & Environment suggests that by the end of the year there will be more than half a million battery, electric and plug-in hybrid vehicles on Europe’s roads; and sales this year should account for 1.5 percent of the market. These figures may be modest with all things considered it appears the electric car is finally forcing carmakers from their comfort zone.

Volkswagen recently launched its I.D. concept car, which is set for production in 2020 and will have an electric range of at least 400 kilometers. Herbert Diess, head of the VW brand, described the car as “revolutionary,” comparing its impact on the brand’s history to the Beetle or the Golf. This followed an earlier announcement that the VW Group aspires to get a quarter of its sales from electric by 2025 and is planning 20 models.

Mercedes launched an equivalent Generation EQ concept car that will become a new sub-brand with at least 10 plug-in models.In other announcements, Vauxhall unveiled the Ampera-e  and Renault and BMW detailed upgrades of the Zoe and i3 respectively, with Renault commenting: “Our vision of the electric market is that it is not a niche market.”

The future of Electric Cars – So why are carmakers finally changing their attitude? Four recent developments have been particularly important in triggering action:

The future of Electric Cars – Fears that electric cars will decimate the value of the important European automotive sector also appear to be unfounded. VW has outlined plans for a €10 billion battery factory; Samsung SDI is to invest €320 million to build an electric-vehicle battery plant in Hungary; meanwhile LG Chem is reported to be planning a factory in Wrocław, Poland. Independent studies estimate that the shift will create between 500,000 and 1 million jobs by 2030.

Electric cars are not a panacea but together with e-bikes, electric scooters, trains and trams, they will provide the opportunity for a cleaner, greener mobility future that assigns dirty diesel cars and trains, which choke cities and commuters, to the scrapyard of obsolescence. It is no longer a question of whether this happens — but how quickly.