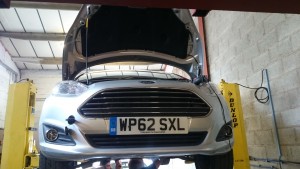 Ford Fiesta arrived at our workshop as a non runner. The customer said it spluttered a few times then cut out and not run since.  A quick serial scan showed up fuel pressure issues.

We removed the fuel feed pipe from the fuel rail and found no fuel being delivered. Next we removed the back seat to gain access to the wiring to the fuel pump. The wiring was good.

So we then had to get to the fuel pump which is in the tank. The tank has to be removed to gain access 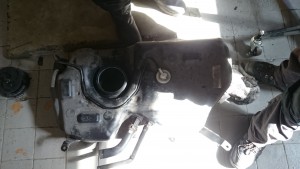 With the tank removed the problem became obvious, the wiring onto the pump had suffered water damage and one of the pins on the pump had rotted off. We manged to remove the rotted pin from the plug and clean the plug up as a new plug isn’t available. 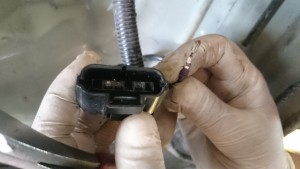