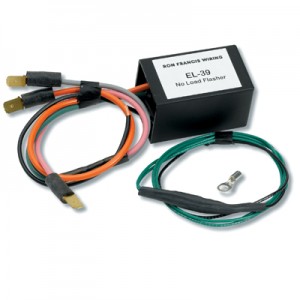 When looking for faults in your vehicles wiring, there are hundreds of places to check. Although there is no definitive “how to” for electrical fault finding in vehicles, but faults are the symptoms of the problem you are trying to find. You have to dig a bit deeper than what you can see and ask yourself questions about it. “Is it a minor or major item?” such as a bulb, fuse, radio, starter motor etc. What are the circumstances, was it working last night when you switched it off but not this morning? What’s the weather like? Has it developed the fault after a period of use whilst driving? Or could any secondary action such as moving something under the bonnet or in the engine compartment have upset something?

Minor items are things such as bulbs and fuses, although fuses may blow because of something serious.

Replace the fuse with a new one, which you know to be in good condition. If the fuse blows again there’s something wrong with the circuit. Don’t put a new fuse in again until you’ve had a go at discovering what the fault is. Fuses are very fragile when they haven’t been used for a while. You switch on and they get heated up by a sudden rush of current higher than they normally take and they’ll blow.

If you haven’t got the right equipment to do the above, but you have a lot of fuses lying around, then you could unplug parts of the circuit and replace the fuse again to find the fault, through process of elimination.

Bulbs usually won’t blow unless their time is up. As with a fuse they are at their most fragile when cold. A bulb blowing can take a fuse with it but it shouldn’t happen the other way around. One occasion where a bulb might blow that isn’t due to age is if the regulator has gone faulty. If a bulb or a number of bulbs keep needing to be replaced then check the voltage with the engine running, if it’s much over 13.5V you have a problem.

Serious items are more or less anything else in the car such as the battery, generator, regulator, relays, wipers, fans etc. Most of these have a mechanical element to them which can cause the fault (brushes in motors, linkages etc.). A wipers motor will try manfully to turn the wipers even when the mechanism is getting on for solid. It will draw more and more current until eventually fuses repeatedly blow.

If you don’t have the correct tools, knowhow and expertise to do this sort of testing for your vehicle, or you just don’t have the time. Then get into contact with us to see what we can do for you, our friendly, expertly trained and professional mechanics can sort out almost any problem with a vehicle, so you can have it back on the road in no time! To get into contact with us click here.