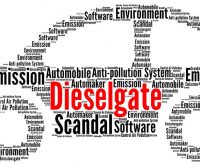 Mercedes have been ordered by the German government to immediately recall 700,000 Vito vans, C class and GLC SUV’ due to prohibited shutoff devices .  Mercedes are said to have designed software solely to manipulate the CO2 emission in order to pass diesel emission regulations for their vehicles. As a result they are putting there customers at risk from harmful poisonous diesel fumes.

This is not the first time Mercedes have had to issue recalls.   In 2016 Mercedes suffered from 2 major issues of defective airbag control units along with suspected power steering failure on the C class.

In 2015 recalls were also issued for concerns around a rubber seal that could have potentially caused a fire in the CLS and E class affecting almost 150,000 vehicles on this occasion.

The one positive to take from this is that Mercedes did put there hands up to these issues whereas most manufactures have often left it till last minute in the hope the issues would never be reported on.

So, on this recent occasion, why did Mercedes take so long to come forward on this required recall?

Put simply, the costs of issuing a recall are immense.   Particularly in the current client where profit margins in the motor industry are under extreme competitive pressures.  That’s why Mercedes had been in intense negotiations with the German government to prevent a recall because of the outlay involved in fixing the defeat devices, which involves a major software update.

Issuing a recall is seen as taking responsibility but Mercedes did not want to take initial responsibility in an era where people are now concerned with the state of the environment and air quality.  One other worry is that this issue could also affect future resale values, consequently causing problems in the used car sales and consumer finance market.

So what’s the cost to Mercedes in all of this?

Basically, one might say that Mercedes knew what they were doing.  Ultimately, they have risked poisoning there customers with dangerous diesel fumes and thought they could conceal the issue in the pursuit of profits.   To put some numbers to it, this has cost them a figure in the region of almost £100 million.  The knock on affect will ultimately be to there reputation.  Would you trust Mercedes with a Diesel, or any of there motors for that matter?

The only saving grace for Mercedes in all of this, is that the Diesel-gate scandal that still rumbles on even know has proven that other leading car manufactures having also been up to know good!